NITROS opening school has been held between the 25th and the 26th of January.

The morning of the 25th was dedicated to the introduction to the network of the subject of Project Working Group (PWG) held by Matteo Ragazzi, Head of Airworthiness at Leonardo Helicopter Division. The subject of the PWG is the assesment of the feasibility of an Extended Range Helicopter Operational Standard (EHOPS) for Offshore Flights.
EHOPS is an interesting proposal on how to manage risk properly, and so to increase safety, launched by Leonardo Helicopters during the 11th Rotorcraft Symposium in 2017.
The idea is to develop design and operation rules for helicopters in a fashion proportional to the specific risk faced. Safety improvement could not be linked just to airworthiness of the design but it should be linked to operational risk. The risk in fact is the combination of the predicted severity – i.e. criticality – and likelihood – i.e. probability – of the potential effect of a hazard. Risk is tightly related to operation and should be considered function of many parameters related to the environment where the operation takes place, populated, congested, hostile of mountain areas. This means that the higher is the risk of the specific operation to be performed the more stringent should be the design requirements

A great example of application of this approach can be found in the ETOPS (Extended-range Twin-engine Operational Performance Standards), introduced in 1985 to apply an overall level of operational safety for twin-engined aeroplanes which was consistent with that of the three and four-engined aeroplanes the only allowed to fly transoceanic routes at that time, to which no restrictions were applied.

To increase the awareness of safety issues of the researchers that are participating to the NITROS project it has been decided to perform this assessment of the feasibility of the EHOPS for offshore operations as a teamwork.

In the following parts of the meeting all Early Stage Researchers gave a brief introduction to the network of their research activity.

The OS was closed with the annual meeting of the Scientific Supervisory Board (SSB) of the network. 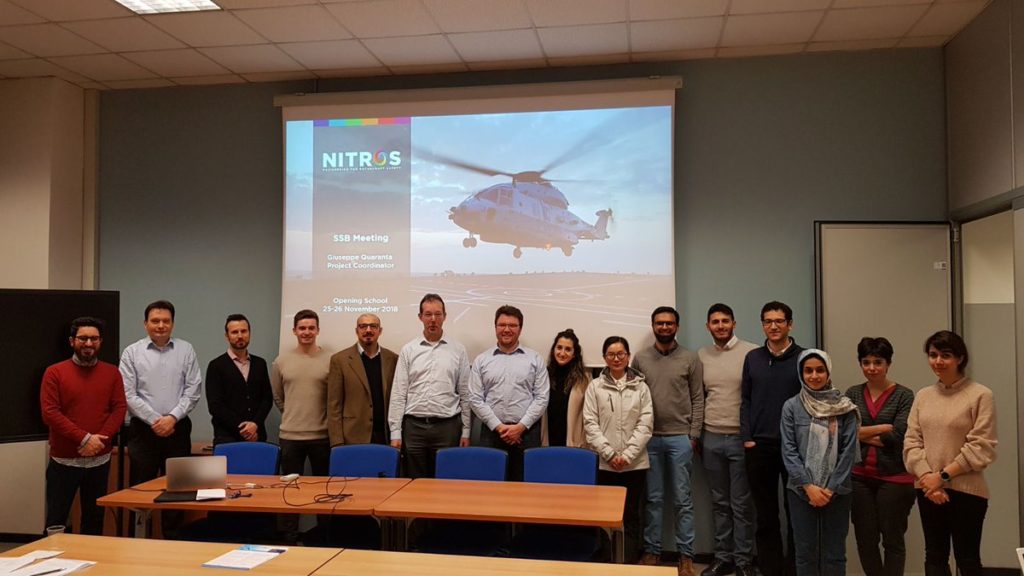 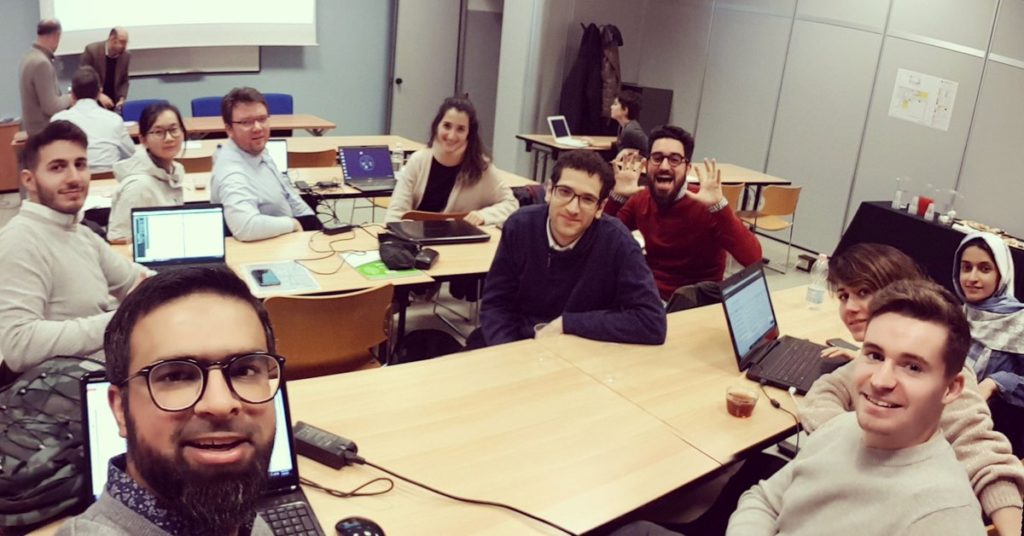 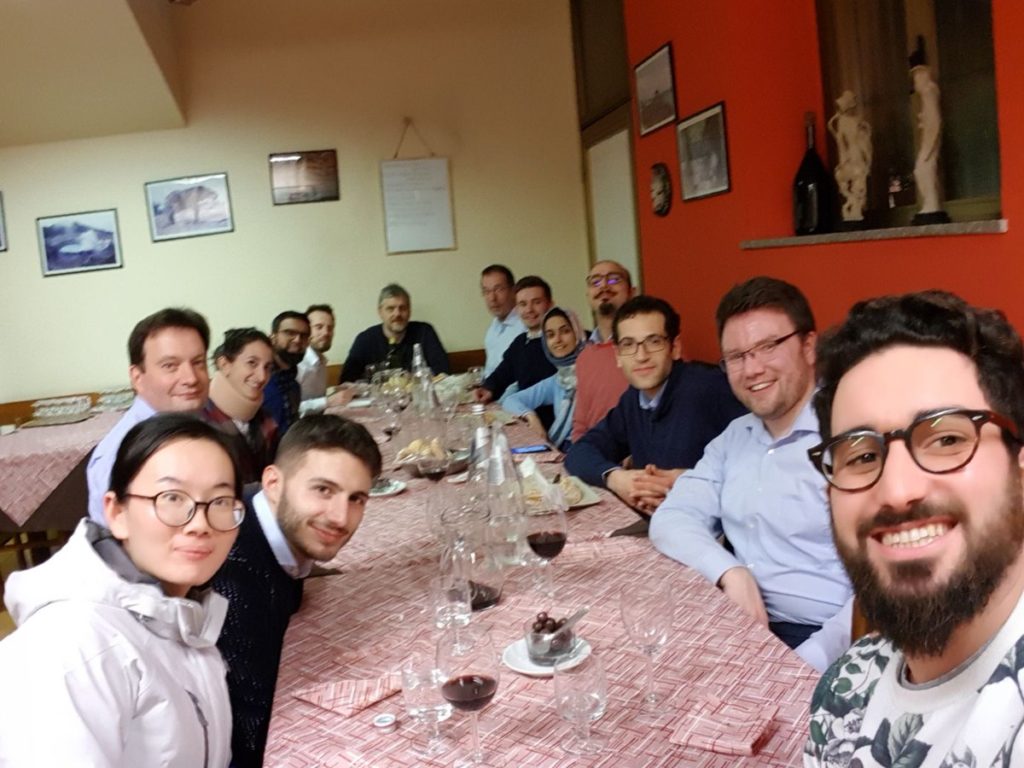 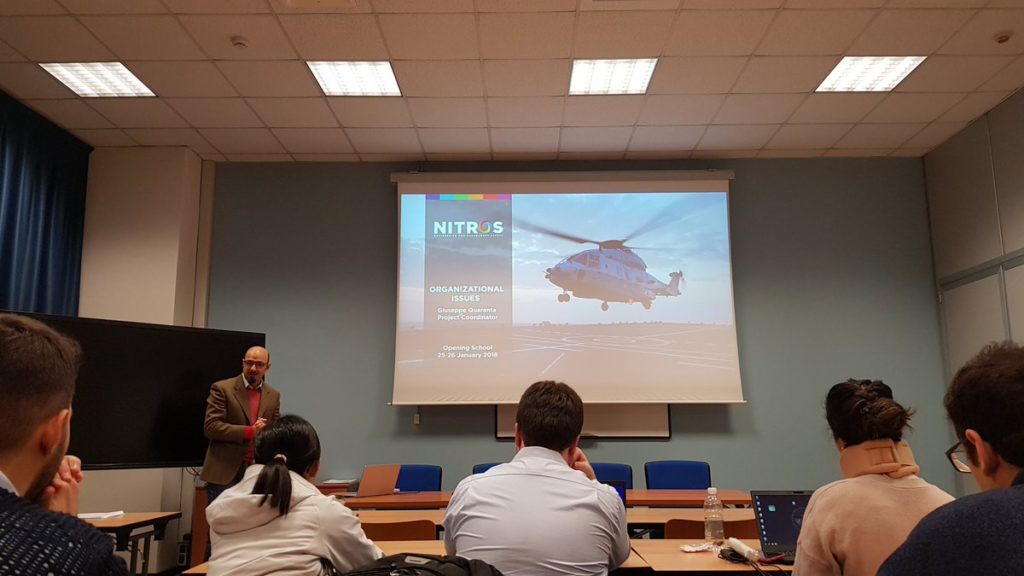 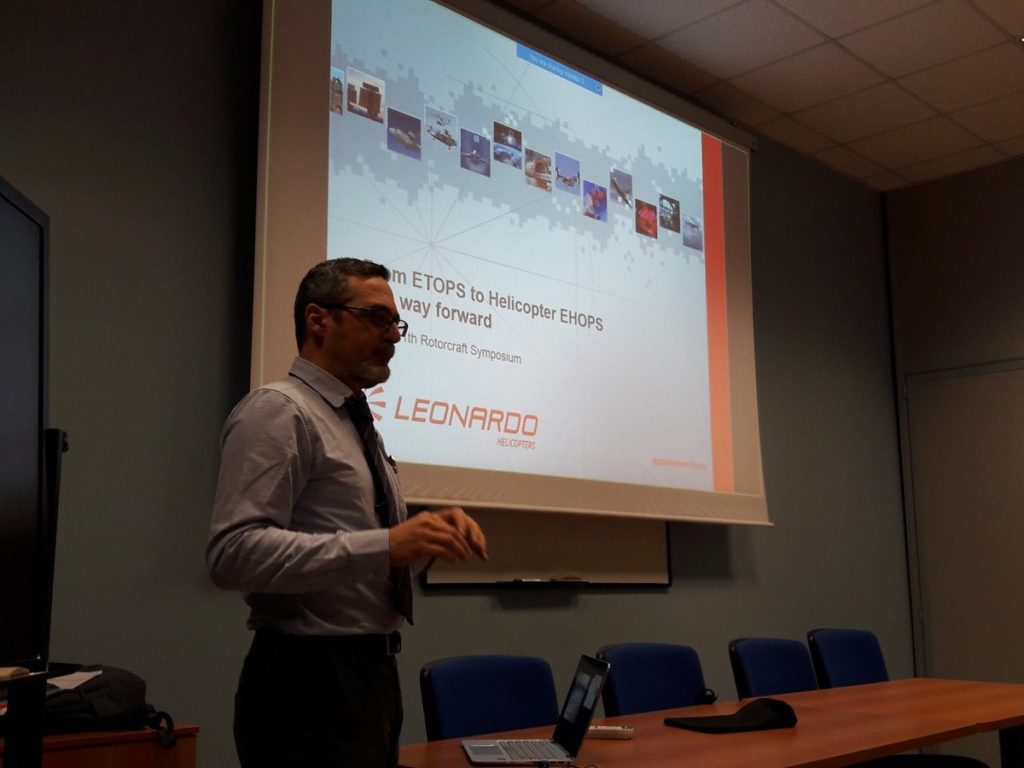